The 5 senses and the reflexes of the newborn

At birth, babies have a state of hypertonia in the limbs and hypotonia in the head and trunk. Sensory development of the newborn is measured through the senses: hearing, vision, taste, touch and smell. Not all the senses in babies are equally developed, so that in each one we will find differences t

At birth, babies have a state of hypertonia in the limbs and hypotonia in the head and trunk. Sensory development of the newborn is measured through the senses: hearing, vision, taste, touch and smell.

Not all the senses in babies are equally developed, so that in each one we will find differences that will mark their evolution in the different stages of the baby.

Sensory development of the newborn

Ear.The newborn perceives the noises, but does not listen to them. He is very sensitive to intensity, calms his mother's voice, sweet music and he is excited by loud noises. He is not yet able to locate the source of the sound.

View. The first few days the baby's eyes are closed, he sleeps most of the time. Gather the eyelids when the light changes or when a loud noise occurs. You can look at a bright spot, but you see only a blurred image. Look closely at the face of the mother but up to three months is not able to differentiate a real face from a drawn one.

Strabismus can be observed when a newborn looks at a face because the coordination of the eye muscles is still not good.

Taste Since birth, the sense of taste is very developed: the newborn prefers a sweet or sugary taste to acid, salty or bitter tastes. If we bring a finger covered in sugar, it will suck it and continue sucking when we remove it. Instead, with a finger covered in salt will grimace without sucking it.

Touch.For the newborn, touch is equivalent to a language. The contact with the skin (especially that of his mother) and the heat is a very strong stimulation. Through the skin, the child captures all the vibrations of the mother and experiences all the feelings that she provides.

Smell.After multiple studies on smell in newborns, it has been proven that the baby grimaces when he perceives a strong and unpleasant smell.

The reflexes of the newborn

Reflection of grasping (grasping). The excitement of the palm of the newborn's hand through an object determines the strong flexion of the fingers on this object. There is also a less intense grasping of the feet.

Suction reflection. The excitement of the lips of the newborn gives rise to a rhythmic movement of suction, which is the reflection of suction.

Reflection of static straightening. The child has a tendency to extend the lower limbs when he puts pressure on the soles of the feet (the heel in particular). This reaction will disappear towards the tenth month to reappear later in its active form when the child is able to straighten up.

Reflection of the automatic march. The excitement of the soles of the feet of the newborn (placing it standing on something), determines a movement of the legs that looks like walking.

Reflection of the Moor (arms in cross). When there is a blow (a slap), the child sharply separates the arms and, in a second time, puts them back on his chest. The reflection of the Moor can be provoked in different ways and it also manifests itself when changing its position.

Reflections of the newborn that do not disappear

Some reflexes observed in the newborn that will not disappear definitively:

- Hiccups. Act that is accompanied by movements of the tongue and lower jaw, interrupted by pauses. Babies have hiccups.

- The yawning. Translates the fatigue of the newborn and his desire to sleep.

- Swallowing.Provoked by food contact at the level of the pharynx or the tongue 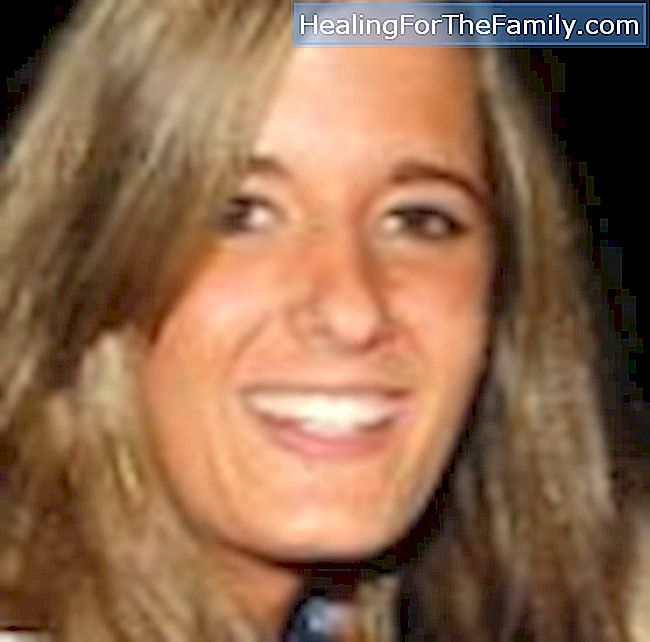 The danger of children downloading apps Self-esteem in children with ADHD Videos with yoga postures for children How to draw a rabbit. Children's drawings of animals