How can we understand parents' children's temper tantrums ? The psychologist, psycho-pedagogue and child psychotherapist Isabelle Filliozat, offers in his book No more tantrums presentado, presented as a comic, the explanations that we need parents to better understand the tantrums of children and g

How can we understand parents' children's temper tantrums ? The psychologist, psycho-pedagogue and child psychotherapist Isabelle Filliozat, offers in his bookNo more tantrums presentado, presented as a comic, the explanations that we need parents to better understand the tantrums of children and gives us novel orientations to act in a concrete way , according to the age of the child, and overcome without difficulties that difficult period of child behavior between 1 and 5 years of age. Causes of children's tantrums and clues to avoid themWhat are the most common behavior problems of children today?

The proliferation of screens, electronic objects and also the huge offer in supermarkets of toys, candies, cakes and drinks, places the child in a world that costs him to manage. So they burst more often than the children of before. Hyperactivity and attention deficit are the evils of today's society. On the one hand, children have fewer opportunities to run and relax. On the other hand, adults instill in them from a very young age the culture of

zappingand also consume more sugars, gluten, colorings and food additives than 20 years ago. Can a tantrum or a crisis be considered normal in young children? Yes and no. Some crises are inevitable, and others avoidable. It is normal to cry when you are hungry, but do not let the child be hungry, let's feed him! A tantrum is normal in a child who does not yet know how to speak when we do not understand his need, and he sees that we try to contradict him. It is natural, when a two-year-old child is so eager to get things right, and realizes that he still can not do it, for example, when he drops the cube tower, when he can not ride a bike, etc. Then the attitude of the parents should be:

- Avoid situations of excessive simulation or agree to accompany the child in the psychic discharge.- Teach the words to express the feelings.
- Teach the child to negotiate with his brothers and sisters and their peers, teach him to set limits and make them respect without violence.
- Avoid giving orders and propose options
- Give simple slogans and formulated in positive (for example "walk close to me" better than "do not move away")
At what age do tantrums appear and why?
Temper tantrums appear around 18 months, when the child begins to want to decide for himself and the father does not take into account that need. Tantrums will diminish when the child is able to express himself in words.

What is the cause of the children's tantrums?A need, an overload of stimulants (too much noise, too many decisions to make, many colors, shapes or a lot of people ... a train, a station or a supermarket ...), lack of information (he does not yet know that he does not write on the walls ), parental attitude that puts the child in an impossible situation of double annoyance (the father gives an order, 'put on your boots', the two-year-old does not want to put on his boots until he feels like it). There are also physiological causes: an allergic sensitivity (gluten, sugar, milk ... food intolerances can trigger fury, brutality, tears, negativity ...) or intoxication (mercury, aluminum ...).

Can a time limit be established for the duration of a tantrum?
Yes, a tantrum is a stress discharge situation, which lasts only a few minutes. If it is repressed by parents, it may last longer. 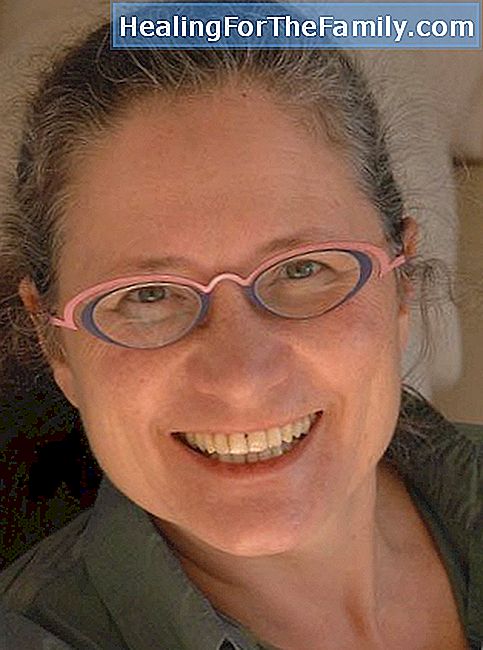 At times, are parents guilty of their children's irritating behavior?Parents are no more guilty than their children. It is not about guilt, but about understanding the needs of children, their motivations to act as they do. Children need help and support from parents to mature.

How should parents react to their children's tantrums?When the father identifies a problem of overloading stimulants in the brain, he can pick up his son so that he can not hurt himself or hurt his father and invite him to shout and debate. Then this period is very short, the child screams, his body is very tense, and then he relaxes, some tears fall that are not sadness but a manifestation of calm that returns to the organism. And everything ends with a hug. When the tantrum is linked to frustration, the father can recognize that it is not pleasant to live that frustration without judging the child, the objective is to say words to the child so that he himself learns to express their feelings.

Previous Article Dyscalculia: difficulties in mathematical reasoning in children
Next Article Differences between empathy, tolerance and resilience as values ​​for children Most popular names for girls that begin with the letter M Tips for breastfeeding the baby Mothers by day, an alternative to day care or nursery school My grandmother is a fairy. Poems about grandparents 7 Doubts about atopic dermatitis in babies and children