Monuments for children on a trip to Lisbon

The Portuguese capital is a charming city with multiple and attractive monuments for the whole family: be surprised by the cloister of the Jerónimos Monastery, climb to the top of the Belém Tower or simply strolling through their neighborhoods are more than appetizing options. Immerse yourself in th

The Portuguese capital is a charming city with multiple and attractive monuments for the whole family: be surprised by the cloister of the Jerónimos Monastery, climb to the top of the Belém Tower or simply strolling through their neighborhoods are more than appetizing options.

Immerse yourself in the history of the Portuguese capital while spending a fun vacation with the children in Lisbon. We present you the main monuments for families. 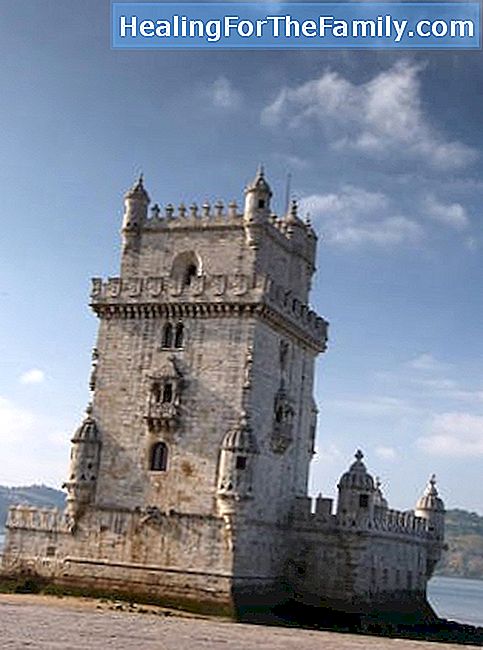 Declared a World Heritage Site by UNESCO, the Torre de Belém is one of the images of the capital of Portugal.

Built between 1515 and 1519 in the estuary of the Tagus River, it originally served as a defensive tower and later as a lighthouse and customs center.

Before entering, you can play with the children to look for the curious gargoyle of a rhinoceros that adorns one of the facades of the Tower. Once inside, you can visit the five floors, linked by a spiral staircase and the roof.

The little ones will undoubtedly be surprised by the 16 windows with cannons, as well as the pits and holes where the prisoners were thrown.

The Tower is located on the coast, about 8 kilometers from the center of Lisbon and can be reached by bus or tram.

Keep in mind that the Tower closes every Monday and the following national holidays: January 1, Easter Sunday, May 1 and December 25.

The entrance is joint for the Torre de Belém and the nearby Jerónimos Monastery and costs 5 euros for adults.

Children under 14 years old do not pay.

On Sundays and holidays, between 10:00 and 14:00 hours, admission is free for the entire public.

The image of the Castle of San Jorge, crowning the top of the homonymous hill, dominates the entire city.

Built by the Visigoths in the 5th century, it was occupied by the kings of Portugal from the middle of the 13th century until the beginning of the 16th century.

Due to its amplitude, your visit lasts several hours including the fort with its eleven towers and the museum.

The castle is very close to the Cathedral of Lisbon and on top of a hill that offers beautiful views of all of Lisbon.

Adults pay an entrance fee of 7.50 euros, students of 4 euros and children under 10 years old enter for free. 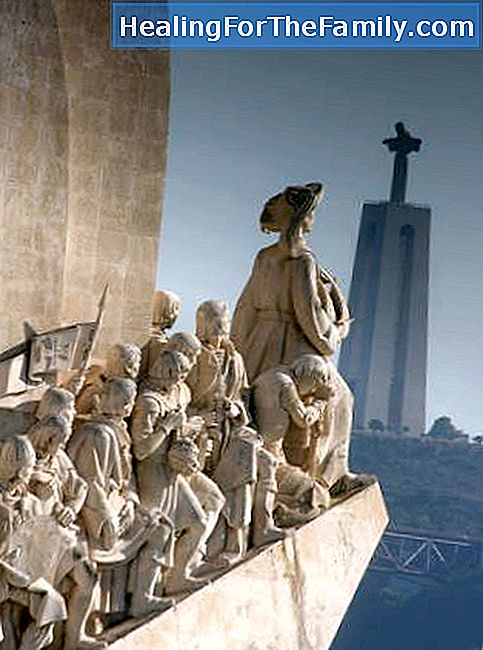 Commonly called Sé de Lisboa, the Santa María Maior Cathedral is the oldest and most relevant church in the city. Romanesque style dates from the twelfth century.

The Roman, Arab and medieval remains that have recently been excavated inside the cloister of the cathedral stand out. But what will most impact the children is the treasure of the cathedral: four rooms in which jewels, relics and costumes are exhibited.

The Cathedral of Lisbon is located in Largo da Sé 1100.

Access to the cathedral is free of charge, but it is necessary to pay an entrance fee of 2.5 euros to see the cloister and another 2.5 euros to go up to see the treasure.

The visit to the Jerónimos Monastery is a must in Lisbon. Declared a World Heritage Site by UNESCO, its construction began in 1501 and ended at the end of the 16th century with the aim of celebrating the return of India from the Portuguese navigator Vasco de Gama.

The cloister of the Jerónimos Monastery is spectacular due to its size and its perfection.

The Monastery Church is also worthwhile due to its peculiarity, since it has a single nave with six infinite columns carved with skill.

The Jerónimos Monastery is located near the Torre de Belém in Praça do Imperio, 1400.

To visit the cloister, it is necessary to pay a fee of 7 euros for adults, but those over 65 enjoy a 50% discount and on Sundays and holidays, admission is free between 10:00 and 14:00.

Praça do Comércio is the most important square in Lisbon. Previously to the earthquake of 1755 the real palace was located in this place, but today the place is formed by a set of buildings porticados in three of its sides, being the south front open towards the Tajo river.

The bronze equestrian statue in the Plaza del Comercio represents the Portuguese King José I.

On the north side of the square stands the Triumphal Arch of Rua Augusta, from where the homonymous street, the most important one in La Baixa, starts .

Monument to the Discoveries

The Monument to the Discoveries is an interesting visit for families. On the one hand by the sculptural group itself and its meaning, erected in 1960 to commemorate the 500th anniversary of the infant Henrique el Navegante, discoverer of Madeira, the Azores and Cape Verde. Por And on the other hand, because you can go up in the elevator to the top of the monument, from where you will get fabulous views of the western neighborhoods, the Torre de Belém and the marble mosaic of the Rose of the Winds at the foot of the Monument to the Discoveries. This is more than 50 meters in diameter and was a gift from the Republic of South Africa.

The Monument is located next to the Belém Tower.

The Vasco de Gama Bridge is 17.2 kilometers long, the longest bridge in Europe.

Inaugurated in 1998 on the occasion of the Universal Exposition of that year, commemorates the 500th anniversary of the arrival in India of the Portuguese navigator who gives its name to the bridge.

The bridge is located south of the Parque de las Naciones. Shopping in London for children Travel to Florence with children, a guide for the whole family The best hotels and restaurants in Berlin for children

Speak in public without traumas. Public Speaking for Children Risks of advancing complementary feeding in the baby The 5 senses and the reflexes of the newborn