How to get to Lisbon traveling with children

The plane or the train are the most comfortable transports to get to Lisbon with children, but they are not the only ones. Many of the families who travel to the Portuguese capital do so in their own vehicle. In Lisbon, take the Santa Justa elevator, one of the funiculars of the city and the mythica

The plane or the train are the most comfortable transports to get to Lisbon with children, but they are not the only ones. Many of the families who travel to the Portuguese capital do so in their own vehicle.

In Lisbon, take the Santa Justa elevator, one of the funiculars of the city and the mythical trams that allow you to climb the enchanting slopes of the Portuguese capital. Do not miss the opportunity to see the curious metro stations of Lisbon.

Travel to Lisbon with children

A few years ago, the majority of tourists arriving in Lisbon did so by road, mainly by car, but today, thanks to the proliferation of low-cost companies, the plane is one of the preferred means of transport to travel to Portugal. 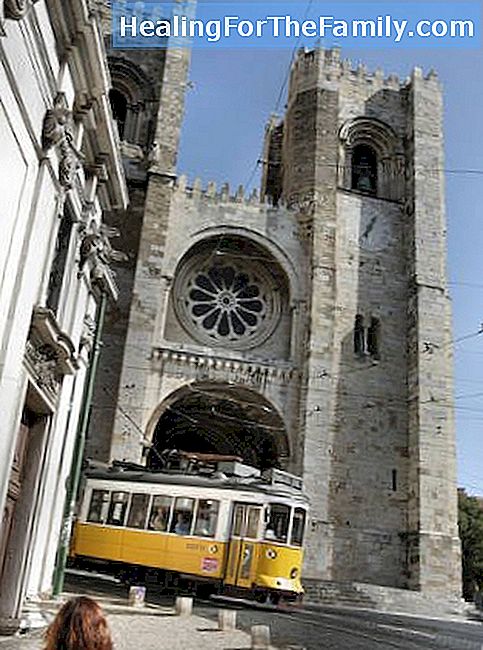 Lisbon-Portela International Airport (LIS) is located very close to the city, just 7 kilometers to the north. Once there, the cheapest option - besides being very comfortable - to get to the center is the bus.

The airport bus stop is connected to several points of Lisbon through the municipal lines 5,22,44,45 and 83, so check your multiple stops to find out which one leaves you closest to your destination. The single ticket costs around 1 euro.

Another option is the airport bus service. It's called aerobus (or line 91) costs 2.35 euros and makes fewer stops, so it's faster than municipal buses. Even though the price is much higher, it includes all the buses and trams that you need to catch until 12 midnight on the same day.

The expansion of the Lisbon metro network has made it possible to connect the city with the airport. The ticket costs 1.25 euros.

If you choose to move by taxi, bear in mind that the race to the center will cost you around 10 or 12 euros.

The train is another option to get to Lisbon, however, it is not recommended. The journey from Madrid, for example, lasts 10 hours, approximately twice as long as it takes to get there by car. The amount is also not very advantageous: 60 euros, since air tickets are not very expensive to Lisbon if we look for them in advance in low-cost companies.

Travelers leaving from the Iberian Peninsula can comfortably reach Lisbon by car. Much of the route is by road, but although it is a comfortable trip, we can choose to make several stops to visit other tourist points en route. In this way, the trip will be more enjoyable for children.

As a point of reference, a journey by car from Seville to Lisbon lasts approximately 4 and a half hours; while it would take an hour more if we left Madrid. As a further point, there is Barcelona, ​​from where we would need 11 hours to cross the Iberian Peninsula. In the latter case, we can get on the road late in the afternoon, so that children sleep in the back of the car, or better yet, change the idea of ​​the car for the plane.

Traveling in Lisbon with children 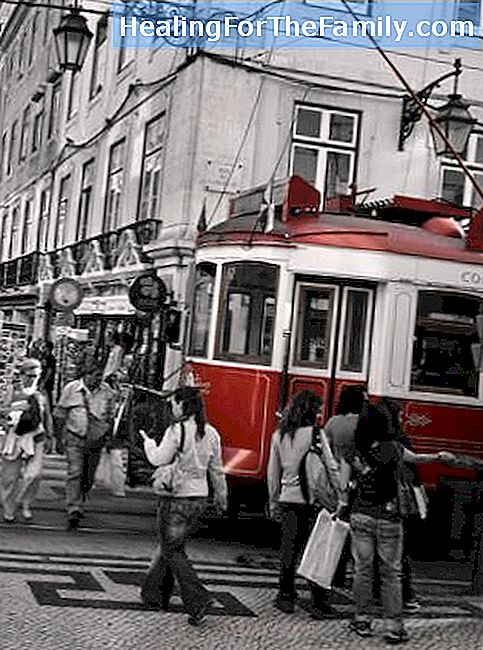 The public transport network in Lisbon is very complete and effective. Perhaps in some moments there is less frequent frequency of trams or buses, but being on vacation, just have a little patience and to enjoy this beautiful city.

In Lisbon, going with children is almost a guarantee of needing public transport to move around the different neighborhoods. That is why it is a good option to acquire some of the possibilities of fertilizers.

The 7 hills card or Viva Viagem is a rechargeable card that represents a considerable saving on the tickets. The daily bonus costs around 5 euros.

Another card option Lisboa Card offers unlimited public transport from Lisbon as well as admission to 26 museums and attractions of the city for 18.50 euros for adults with validity of 24 hours.

The tram is the means of transport most linked to the image of Lisbon. Besides being very useful and comfortable, they are another attraction for tourists.

Of the five tram routes in Lisbon, two stand out for their attraction for travelers. One, the 15th, because it leads to Belém and another, the 28th, because along almost ten kilometers it goes through the most picturesque neighborhoods of the city, but also through the tram itself, a wooden copy with a lot of history in which the bell that alerts the passers-by of its passage never ceases to be heard.

The Lisbon metro, inaugurated in 1959, has four lines with a total of 55.5 kilometers in length and 55 stations. These are also decorated with multiple artistic representations, such as tile mosaics or paintings, reminiscent of mythical suburban stops such as those in Moscow or Stockholm.

The Lisbon metro operates between 6.30 am and 1 am, while the train intervals range between five and nine minutes.

In 2012, an extension of 3.3 kilometers to the Red line of the Lisbon subway was inaugurated, including the practical stop at the International Airport, despite this, the metro network must be completed with other means of transport to reach all the Tourist points of the Portuguese capital.

The bus network in Lisbon is very complete, consisting of 758 buses that run 88 routes.

The bus schedule is from 6 in the morning to 9 at night, approximately, but there are night lines throughout the night, every day.

On weekends and holidays, there are also two free night lines: Night bus 1 and 2.

The funiculars of Lisbon, known as elevadores, are next to the trams, one of the favorite pictures of travelers. Cuenta Lisbon has three funiculars to save its multiple and steep slopes: Elevador do Lavra -data from 1882 and is the oldest-, Elevador da Glória -very interesting because it allows you to enjoy the views of Lisbon from the viewpoint of San Pedro de Alcántara - and the Da Bica Elevator - very used by tourists and locals.

In addition to these three funiculars, there is also an urban elevator or lift: the famous Santa Justa Elevator, which with its 45 meters of height joins the Baixa with the Barrio Alto.

It dates from 1902 and it is a tourist attraction. From the top of the elevator you can enjoy spectacular views of La Baixa. Museums in Venice for children and families Traveling with the baby by boat

Museums of interest in Paris with children Injuries to children derived from the use of smartphones and tablets How to teach children to write a, ha and ah Games to stimulate the baby's crawling Bathe the child. When to move from the bathtub to the shower How many carbohydrates should children take? Foods that should not be frozen