How to get to Copenhagen traveling with children

Copenhagen, the capital of Denmark, is a dynamic, cosmopolitan, modern and very beautiful city. The best way to travel to Copenhagen with children is by plane. The airport is very close to the city center and very well connected. Danish transport is very effective, although expensive. Rent a bicycle

Copenhagen, the capital of Denmark, is a dynamic, cosmopolitan, modern and very beautiful city. The best way to travel to Copenhagen with children is by plane. The airport is very close to the city center and very well connected.

Danish transport is very effective, although expensive. Rent a bicycle to feel like a Dane or for a bike-taxi. All of these are good options for touring a fantastic city for families.

Travel to Copenhagen with children

Copenhagen is a well-connected city. We can reach it by plane, train, car or boat, but without a doubt, when it comes to a trip with children, saving time on journeys is vital. 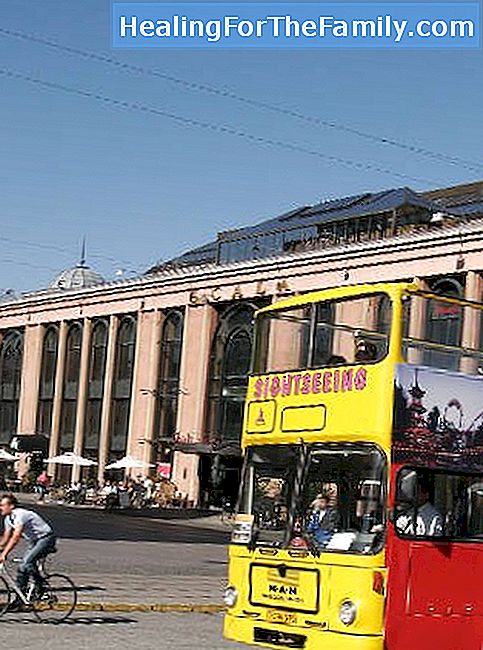 The best way to get to Denmark is by plane. The Copenhagen International Airport, known as Kastrup, is located very close to the city, about 8 kilometers to the southeast.

To travel this distance it is possible to take the metro or the train in the same Terminal 3 of the airport. The train ride takes half an hour and the frequency of trains is approximately every 20 minutes. The price of the ticket is about four euros (much cheaper with bonuses or with the Copenhagen Card).

More advisable is the metro that costs the same but takes less -about 12 minutes- to get to the center and has more frequency: every 5 minutes.

It is also possible to take a taxi at the arrivals exit of terminals 1 and 3. It is the most expensive option and costs around 25 euros.

Traveling to Denmark by train is possible and in fact is a good option for residents in the northern part of continental Europe.

Denmark is directly connected to countries such as Spain, Italy, France or Germany through the TGV-Europe railway network.

However, this type of travel is not recommended for families with children, because they are very long and heavy.

Traveling in Copenhagen with children 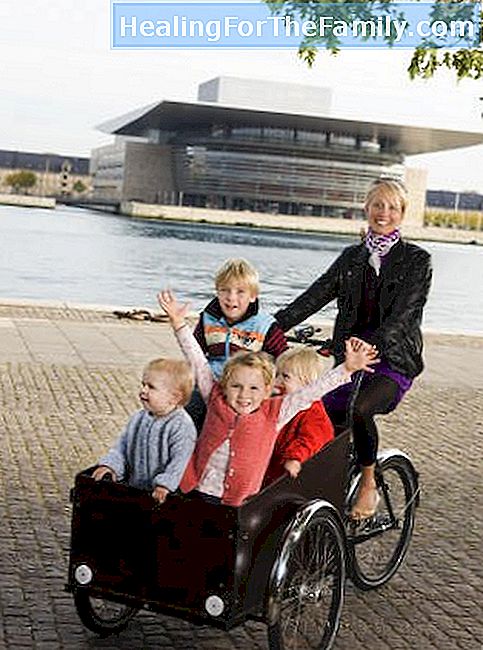 Public transport in Copenhagen is very practical and simple, but very expensive. You pay for a system of zones and the cheapest ticket includes all the trips by train, subway or bus you want to make in one of those areas during a certain time. The price is 1 euro. Of course, each adult can take with them up to two children under 12 years free of charge.

You can also buy bonds by zones or time, which come out cheaper, like the ticket with 24 hours validity that costs about 11 euros.

But, undoubtedly, for tourists, the best option is the Copenhagen Card. The most basic option includes, for 33 euros, free transport by train, bus and metro, including the line that leads to the airport; Free admission to 65 museums and attractions of Copenhagen and various discounts for 24 hours.

In Copenhagen there are more bicycles than inhabitants and it is not surprising to see executives in suits going to work on bicycles, girls arranged pedaling with their heels or young people on the bike lane under a copious downpour.

Although cycling is the preferred way for Danes to travel, Copenhagen has a well-developed public transport system with trains, buses, trains and metro. It is also very typical among tourists to navigate through the canals of the old quarter, take an original bike-taxi and even take a ride on a horse-drawn carriage.

With almost 400 kilometers of bike lanes - among them the most used lane in the world, with almost 40,000 cyclists per day -, Copenhagen is a city famous for its cycling culture. The Danish capital is the first official 'City of the bicycle' in the world and has been awarded as 'Best city for cyclists'.

Cycling through Copenhagen is a pleasant experience, this is one of the few places in the world with traffic lights for cyclists.

If the children are older you can take a bicycle for each one, but if they are small, there is no problem because in Copenhagen you will find multiple bike options with a kind of attached basket where one or two children go comfortably. Come and rent and enjoy with the children of the Danish capital by bike.

The Copenhagen metro is one of the most modern in Europe. It opened in 2002, runs through the city from north to south, consists of two lines and 17 stations.

Currently working on a third circular line that is expected to be operational in 2018. The current lines are:

The Copenhagen train, called S-Tog, crosses the city half-buried from west to east and has stops within the central area, at the Vesterport, Nørreport and Østerport stations.

It is a very good option to move around the Danish capital and its main route is the Central Station, where the metro line also meets.

The Copenhagen bus network completes the city's public transport diagram. It is especially useful to go to the most peripheral neighborhoods so it is not the most used transport by tourists.

Buses with an 'S' before the number are faster because they have fewer stops.

In addition to being a tourist attraction that children like a lot and that allows to have another perspective of the city, the boat in Copenhagen is a useful - albeit slow - means of transport.

In the central channel there are two lines of boats that function as regular transport. 12 Summer camp things you should know before sending your child Travel to Madrid with children. Madrid's Guide to the Family Safety belt in pregnancy. What you should not do The colors that disappear. Experiment for children with a candy cane Games for boys and girls What is psychoballet for children