How to get to Prague traveling with children

If you are traveling to Prague with children, you will need to know how to get around the city, which are the fastest, cheapest or most practical means of transport, depending on your needs. Are you going to Prague by plane? Check in this guide how to get from the airport to the center, so you do no

If you are traveling to Prague with children, you will need to know how to get around the city, which are the fastest, cheapest or most practical means of transport, depending on your needs.

Are you going to Prague by plane? Check in this guide how to get from the airport to the center, so you do not waste time during your family getaway. Will you use the train? We show you all the information.

Travel to Prague with children 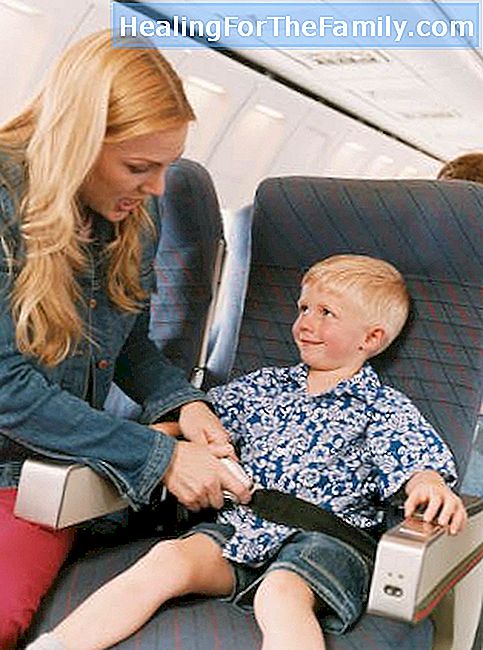 In the center of the old continent, Prague is a city very close to other countries such as Austria, Slovakia, Germany or Poland. If your intention is to know only Prague, the best means of transport is, without doubt, the plane. But keep in mind that once there you could move without complication to know other nearby regions.

The main point of entry of tourists to the Czech Republic is the international airport of Prague or Ruzyne (PRG).

It is located 15 kilometers from the center of Prague and has 3 terminals. Once at the airport, you can take a taxi - the race will cost around 30 or 40 euros - or one of the various buses that go to the city.

The Airport Express Bus service leaves travelers in Holešovice (link to metro line C), it takes about 35 minutes and costs around 2 euros.

Cheaper buses are regular buses such as the number 100 that ends in Zlicín (links to metro line B) or number 119 that leads to Dejvická (link to line A). Both cost less than one euro and take about 20 minutes.

The Czech Republic has one of the most extensive railway networks in Europe. The train station in Prague is the gateway for travelers who use this means of transport to move around Central Europe, visiting other nearby capitals, such as Vienna, Budapest and Bratislava.

If you have time, the train is a great option to get to know the old continent, as it is cheap and safe.

Traveling to Prague by car and with children is not a good idea, unless you are very close. From Madrid, for example, there is a distance of 2,300 kilometers, so do not even think about it.

Traveling in Prague with children 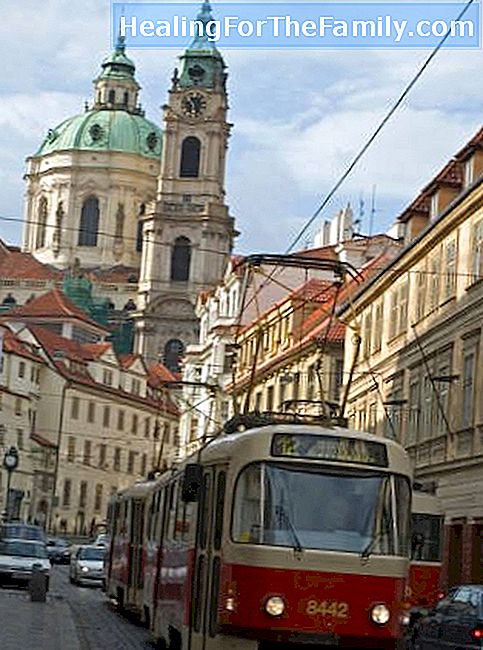 Prague has a very efficient public transport network. Whether by metro, tram, bus or walking you can comfortably tour the city.

The most common is to move both by metro and tram and, for the convenience of travelers, tickets are common for all means of transport.

A single ticket costs around 1.25 euros and allows the passage to all means of public transport for a time of 90 minutes.

The limited ticket is somewhat cheaper (it does not reach 1 euro) and allows the use of trams and buses (without transshipment) for 20 minutes or subway for 30 minutes.

The daily subscription that gives access to all public transport for 24 hours costs approximately 4.30 euros. But, without a doubt, the most economical payment for families is the three-day one. It is valid for 72 hours and costs around 12,12 euros but includes a free ticket for a child between 6 and 15 years old.

The Prague metro does not cover the whole city. Surely you have to combine a trip by subway with another in a tram to move to some places, but this is not a complicated process at all.

Line A (green) runs through the city from northwest to southeast, starting from the Dejvická station, which many tourists arrive from the airport by bus. It passes through Staroměstská, very close to the Old Town Square and the Jewish Quarter, and also stops at the National Museum.

Line B (yellow) crosses Prague from northeast to southwest passing through Florenc, the most important bus station in Prague, and Zličín, the arrival point of bus number 100 at the airport.

Line C (red) goes from north to south and stops at Florenc, the National Museum and Vyšehrad.

The most tourist tram line is number 22 leading to Prague Castle and Strahov Monastery. There is also another tram, the 91, which operates primarily for tourists making a circular tour of the city. It only works on weekends and holidays from 12:00 to 17:00 and from March to November.

Buses in Prague are very practical when connecting the airport with the center, as well as to travel around the city, for example, to Karlovy Vary. However, to move around Prague with children during your family trip it is more convenient to use the tram and the metro.

Taxi service in Prague is quite expensive, not so much because of the lowering of the flag, but because of the fare per kilometer, which surpasses that of other major cities such as Madrid or Rome.

There are several taxi companies and it is common that there are large price differences between them. It is very advisable to be careful to check that the taxi driver correctly turns on the taximeter before the usual picaresque. Trip to Torroella de Montgrí-l'Estartit as a family Museums for children in London How should summer homework be for children What children learn by age The benefits of step for children Because babies must sleep on their backs What is learning by projects in the classroom 5 Reasons why the children should not be forced to eat How to motivate children in the return to school