Wound healing, step by step. Interview with Vega Orozco, from the Red Cross

The most common injuries seen in children are in the extremities . They occur as part of your physical or sports activity. But, to treat them properly, it is necessary to take into account if the wound bleeds a lot or not, since the hemorrhages require a more specific treatment. Vega Orozco, an expe

The most common injuries seen in children are in the extremities. They occur as part of your physical or sports activity. But, to treat them properly, it is necessary to take into account if the wound bleeds a lot or not, since the hemorrhages require a more specific treatment.

Vega Orozco, an expert in First Aid, from the Red Cross, teaches parents how to treat a wound with or without heavy bleeding.

How to heal a wound with or without bleeding to children, step by step 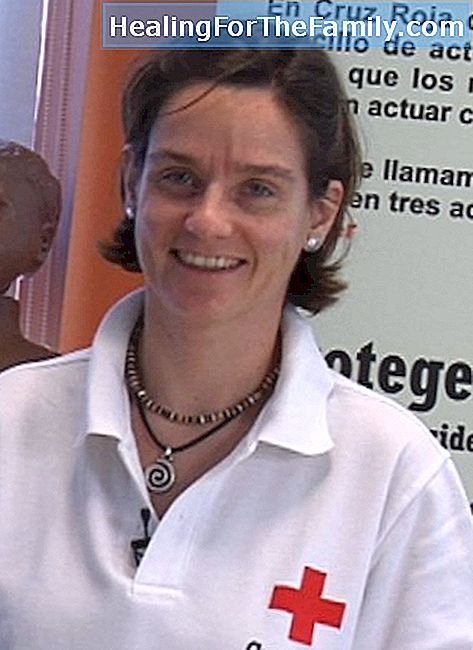 How should we heal the wounds of children, step by step?
The most common injuries we see in children in extremities, arms, legs ... are simple. First and foremost, we should not be scared. It is important that the child looks at us and sees that we control the situation. To heal a wound, you must first disinfect. The best disinfectant and the most economical one that we are going to find is water and soap: we have to spray water, clean with soap, rinse well and dry. Then, we put a disinfectant, an antiseptic, either chlorhexidine or povidone iodine.

With chlorhexidine by jet, we will disinfect the wound, always from from the inner edge to the outer so that any dirt that may have been left or the bacteria come out and does not enter the wound. Once the wound has been disinfected and it is already dry, we are going to put povidone iodine, without fear, into a stream. In addition, it is important to explain to the child what we are doing so that the child does not get scared.

If the area of ​​the wound is exposed to friction, it would be advisable to cover it, either with a specific dressing or with a plaster. If we were in our house, the wound should remain in the air, taking care to keep it dry.

What care does a wound need to stay healthy and without infection?
After the first treatment, maintenance of the wound requires repeating the process: wash it and repeat the procedure again, chlorhexidine to disinfect it, then the povidone iodine and cover it. Depending on the type of wound, in a week or so, it would be cured.

There are two ways to cover a wound and prevent it from becoming infected. One could be with a band-aid: the simplest or easiest are those that can be cut with what we have more facility to play with the sizes and, in the case that the wound is bigger, we are interested in a more subjection efficient. In this case, it would be with a sterile gauze and a bandage. If we have to place the gauze in an area where it could move, we take as an reference an X to wind the bandage over the gauze in an X shape, so it does not move. Then, we hold the bandage with a plaster, so we ensure the protection against bacteria in large and simple wounds. 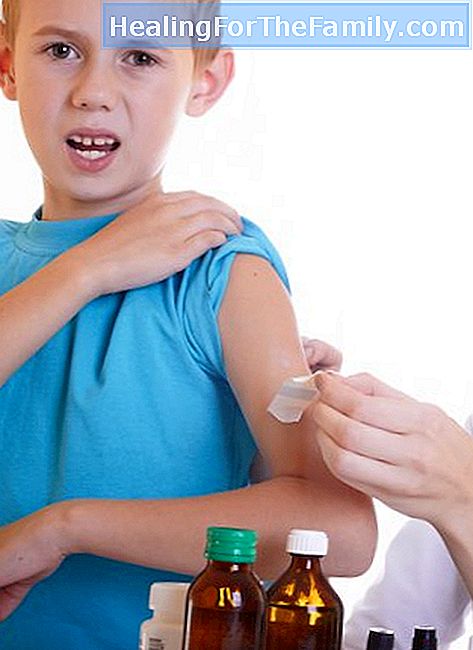 What to do when a wound bleeds a lot? How should we stop a hemorrhage, step by step?
When the wound bleeds constantly, profusely and we can not stop this bleeding, the first thing we have to do is reassure ourselves and control the situation. The child can not see us nervous because he is going to get nervous. Immediately, if we have great gauze, but if not, with a handkerchief or any other clean tissue, we make direct pressure on the wound. We press lightly, because it is not a matter of leaving the child without circulation. We make a direct pressure and raise the limb.

This in most cases has to cause the bleeding to subside. An important thing, especially in the case of children, is to knock him down to avoid dizziness either from the blood or from the loss of blood. If we see that during the time that we are doing direct pressure, we have raised the limb, and the bleeding continues, automatically there is calling the emergency number. In the case of children, we will make direct pressure on the pulse, the artery that goes through the arm, cutting the circulation slightly, and that should make us stop the bleeding. In short, we knock down the child, direct pressure on the wound, if it does not yield, we raise the limb, and if we see that the bleeding is still very abundant automatically pressure in the artery and we are already calling the emergency phone.

In addition, we will monitor the color of the skin, taking care that there are no symptoms of cyanosis (bluish color), that the blood loss is abundant, that the child does not get sick and, in the case that the child this dizzy, we have to worry because there may be an important loss. Other things that we have to observe is the sensation of thirst and dry lips. These are signs that can give us clues that the hemorrhage is being quite important.
What do we do when the bleeding is in one leg?
The pressure in the legs to contain the bleeding is in the groin. In the case of adults, it is done with the fist and in the case of children, introducing the singing of the hand. If you are dealing with very young children or neonates, there is no problem because you see the artery and you can apply the pressure with one or two fingers. In any case, it is advisable in the case of a neonate or an infant with hemorrhage to go to the hospital as soon as possible or call an emergency. Difficulties with reading in children with ADHD Boat made with cardboard. Crafts for children How to educate a rebellious child How to wean the baby and finish the lactation stage Poems with dogs for children. Animal poems of animals Teach children to read and write with the Montessori method